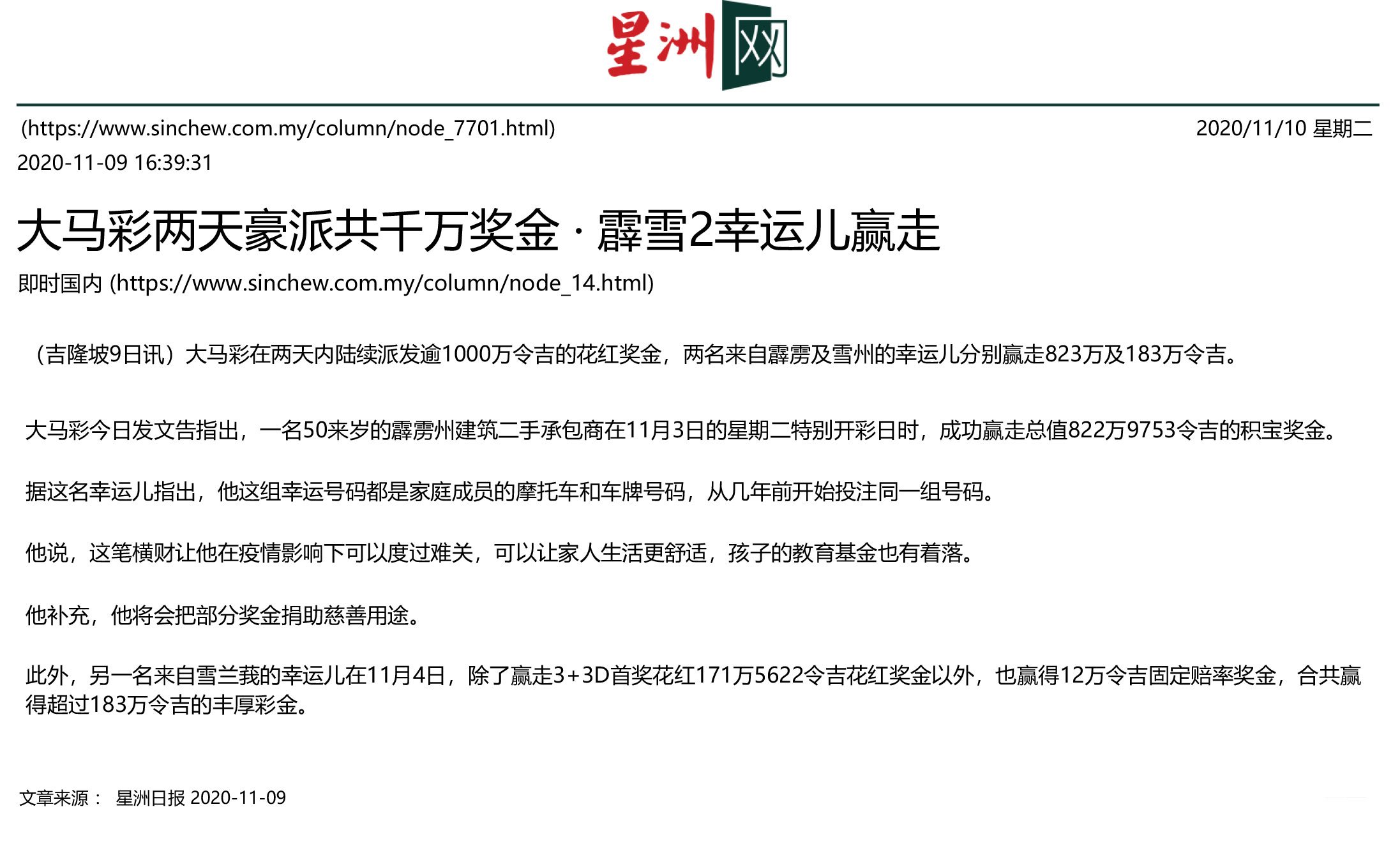 A sub-contractor in his early 50s from Perak took home the Jackpot 1 prize worth RM8,229,753 during the Tuesday Special Draw on 3rd November.

He shared that winning numbers are derived from the motorcycles and cars registration number of his family members. He has been playing the same set of numbers since a few years ago.

He said his windfall is a blessing during the pandemic as he can give his family a better life and provide for the children's tertiary education.

The winner told that he will allocate some of his winnings for charity donation.